Wildlife Compassion
Disclaimer: Some images may be disturbing. However, they reveal the truth behind what occurs when an animal is inhumanely trapped.
For a description of traps and their cruelty see www.wolfmatters.org

Why is trapping inhumane? 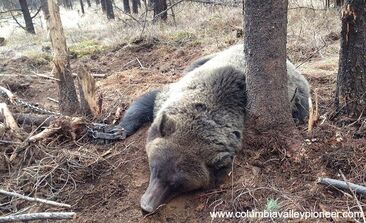 Did you know that it is against the Criminal Code of Canada to willfully cause pain, suffering or injury to an animal?
1. When an animal is caught in a leg-hold trap,  it is denied water and food.  The animal suffers from blood loss and possible hypothermia. When snared or trapped, the animal may die trying to free itself and resort to chewing or wringing off their own trapped limb in order to escape.

​2. When snared or trapped, the animal cannot attend to its babies.  They may die as a result of starvation.  This is another example of inhumane treatment. Fishers and wolverines have very low reproductive rates and large home ranges. Unnecessary death in a snare trap contributes to their low populations. Considering we have protected the grizzly bear, it is irresponsible to allow snare traps, leg-hold traps and strychnine poisoning to continue as we are faced with more threatened species such as the wolverine.  Furbearing animals play a vital role in our ecosystems.  Think of the Yellowstone Park example or beavers in a wetland.

3. In Canada, trap checking varies from once every 24 hours to once every 14 days. Further, the monitoring and enforcement of trap regulations is unenforceable in the wild. It can take up to 14 hours for an animal to die when it has been restrained in a snare trap or leg-hold trap, resulting in an agonizing, prolonged death-proven fact from scientific research conducted by Gilbert Proulx. It is difficult to stop blood flow to and from the brain of a coyote, wolf or fox due to several small arteries leading up to and surrounding their head.  When a snare tightens, it does not mean it is killing the animal quickly. This results in what is called "jelly head" proving how slowly the animal actually died.
​
4. Agreement on International Humane Trapping Standards states it should take 45 seconds for ermines, 2 minutes for martens and 5 minutes for all other species to die.  Studies prove it takes far longer. Beavers can take up to 20 minutes to die, or drown. Canids can take up to 14 hours to die. Therefore, this is inhumane and cruel to subject wildlife to this kind of torture. Further, the monitoring and enforcement of trap regulations is unenforceable in the wild. Snare traps are not even included in the International Humane Trapping Standards because they would not make the acceptable kill times determined by these standards, yet they are sold commercially.  A snare trap is as easy to purchase as buying a pair of gloves.  They should be banned based on this fact alone. 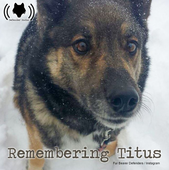 Millions of non-target animals including dogs and cats, are victims of snare traps, leg-hold traps and strychnine poisoning. In 2016, in Sundre, snares set to capture wolves killed 15 cougars and captured 2 golden eagles in only a few months. ​

Animals are sentient creatures.  This means they have the ability to experience positive emotions like love and attachments to others. Think of the bonding between creatures that mate for life such as wolves. Since 2007, bounties for coyotes and wolves were reintroduced.  In Alberta alone, 1,425 wolves were reported to be killed from 2010-2015.  At least 25,940 coyotes were killed in the same time period.

Wildlife should also be included in the Criminal code of Canada.  The Code prohibits causing "unnecessary pain, suffering or injury to an animal or bird" and "causing damage or injury by willful neglect". Using killing neck snares and strychnine-laced baits is willfully causing suffering and injury. Capturing an animal that once lived wild and free, and allowing it to suffer for hours before death shows indifference toward wildlife. This is inhumane and cruel. It is barbaric. If a person causes a dog or cat to suffer by willful neglect, that person is charged and fined.  The same laws should be directed toward wildlife.  How is a coyote, wolf, or fisher any different than a dog or cat?​
​
​January 2019, Rocky Mountain House, AB
Titus was out for his daily walk around his farm property where he grew up, but didn't return. Hours later, his family found him caught in a snare that was baited and strung along the fenceline to his property. New owners had moved into the neighbouring farm and not informed anyone of the legally set snares. Titus died the following morning, surrounded by his family.
(Source: Contacted by family https://thefurbearers.com) 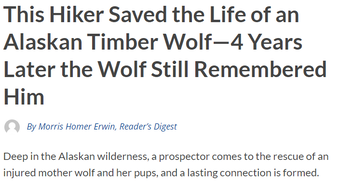 I wanted to include the following story in this section to show the sentient nature of a mother wolf desperate to attend to her pups. It is an excellent example of how we can all respect wild creatures.
​
"Confused and frightened at my approach, the wolf backed away, straining at the trap chain. Then I noticed some­thing else: It was a female, and her teats were full of milk. Somewhere there was a den of  hungry pups waiting for their mother.​..." read more